Leslie Njamen  Tita : Cameroon A different story” – The excerpt from the book

“We truly have a choice – but of course we also need surprises. How many of you would believe that we could use only numbers and statistics to build a nation like the United states.

The story I have to tell, will share a perspective, my perspective, I will not enter the bandwagon of negativity neither will I go on a sprint for propaganda. This a story, my story and maybe that of million of others.

My background and family have nothing of extra special, so I thought. My mum is a retired scholar from the western part of Cameroon known as the Bamilekes precisely Bangante but grew up in the anglophone region of the country, she did her studies locally but was offered a scholarship to England where she got her masters from university of Warwick, her tribe however were popularly known for the economic know how, and my father former diplomat and ex Chief Technical Advisor in the Private Sector Development Program of the UNDP, who had the opportunity to dine with Fidel Castro, fancy and has had more far achievements than I can list, but this isn’t about my parents, though as it plays out, you don’t choose which family you are born into, but their achievements will forever change your life regardless..

I would come to discover the Anglophones and the Bamilekes, have often been sought to be highly disregarded and mismanaged, but that is problem I readily acknowledged, because as Charles Swindoll said “life is 10% what happens to you and 90% of what you do about it”

Despite my origins, over the years I had come to developed a deep sense of passion of places and also the belief that though one do not choose where you are born, you can choose what you will become, So, my credo became the acknowledgement and the act. One without the other is self-indulgence. This is what I believed.

For sometime now,we’ve been secretly working on the #pulseproject, untill now!!!.So what is pulse ? and how did start ?

We started Pulse with  the idea to create a social network for the university of Buea, but after realizing a vast majority of African universities had no form of online student services, and how students depended solely on notice boards, in-class announcements and mouth to mouth communication, we decided it was time we did something about it.

Pulse is a social/geo-location platform aimed at connecting African universities, professors to their students. In order words, we trying to make African education look cool, Pulse will provide a platform where any university can own and operate its own high-end online students services at a low cost, without having to deploy any technical infrastructure, it will permit lecturers to communicate faster and cheaper to their students and lastly it will enable students to receive updates from their teachers and classmates through sms, web and email. We are building only for these category of universities and of course we taking into consideration the realities of African users, that means for us, that our platform will be centered around the mobile experience. 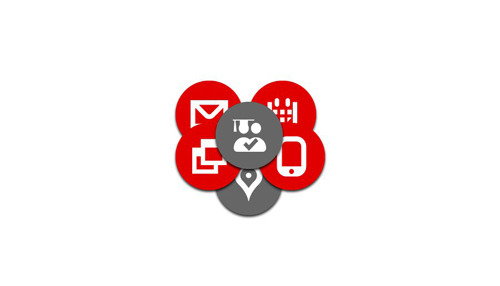 Well we have finally decided to go public. We’ve been have working for several months in the shadows and now we will be sharing more details with you on this project over the next days.

Crafted with by Leslie Tita